I didn’t have a lawyer when I pled guilty and now they are trying to revoke my probation and make me serve my previously suspended sentence. Can they? 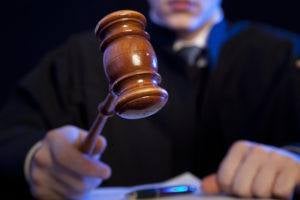 The United States Supreme Court said in the case of Alabama vs. Shelton, a court cannot impose a suspended sentence that will result in a person actually going to jail unless that person was represented by an attorney when he was prosecuted for the original case.

The Supreme Court's reasoning was a person should have an attorney before they are subjected to potential imprisonment.

You probably think this means if you didn't have a lawyer when you pled or were found guilty, you can't be sent to jail in a probation revocation for that case.

Some judges still send people to jail even when they didn't have a lawyer on their original case.

These judges say it's not because of the probation violation but because the person violated the judge's orders. If you violate a judge's order, you can be held in contempt and you can be sent to jail.

Whether the judges who do this are right or wrong, if you're facing a probation revocation you need a lawyer.

If you want our help just give us a call at Segal and Segal.