What is possession under Alabama law? 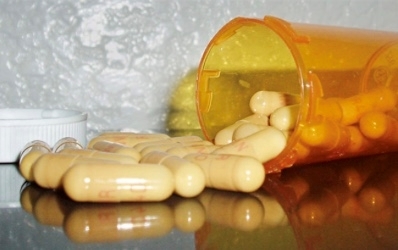 The two types of possession under Alabama law:

When somebody is in actual possession of drugs or any other object, it means that the person has the item on them or it was was very near their person. This is sometimes referred to in Alabama as "actual physical control."

The other type of possession is known as "constructive possession." This means that the item whether it's drugs or anything else that is illegal, is not directly on the person but, it is within that person's area of control such as inside of a home or an automobile used by the defendant.

The issue of "knowledge" in possession cases

In any kind of possession case, the government must prove that the person was in "knowing" possession of the item. In other words that person is aware that they possess the item. This applies to either an actual possession case or a constructive possession case. For example, let's say a police officer patted someone down and found drugs in the pocket of the pants the person was wearing. If the person claimed they borrowed the pants and lacked knowledge of the drugs, it is possible they could be found not guilty... if the jury believed this to be true. In fact, this very defense was raised in Madison County and the person was acquitted. Had the jury not believed the defendant's claim that he did not know about the drugs, he would've been convicted.

The issue of "knowledge" is more frequently raised in constructive possession cases. For example, the driver of an automobile is stopped by the police and drugs are found in the glove box. Simply being present where the drugs are found is not sufficient, in and of itself, to prove that the driver was in knowing possession of the drugs. The state would have to produce additional evidence from which the driver's possession and knowledge could be inferred. For example, if the drugs were in a clear plastic bag next to the driver's wallet and the bag had the driver's fingerprints on it, the state would have a pretty good case to establish that the driver had knowledge of the drugs.

In constructive possession cases, the person's knowledge of the drugs is the key element. For example, if drugs were found in a storage locker owned by a person who was not present at the time the drugs were found, the state would have to prove the owner of the storage locker had knowledge of those drugs if they wish to successfully prosecute him.

Additionally, more than one person can be convicted of possession of the same substance.

By way of example, if I go to see a movie with my friend and I tell him "here's five bucks, go get us a bucket of popcorn" and my friend returns with popcorn that we share, we would both be in "possession" of that popcorn. By the same token, if I asked a friend to get me a sack of marijuana so that he and I could share it and he did so and we were sharing it, both of us could be found guilty of possession of the same bag of marijuana.

Possession cases, especially drug possession cases, are one of the most common crimes charged in Alabama. If you or someone you love is charged with this you owe it to yourself to get the best lawyer possible.

If you'd like our help just give us a call here: