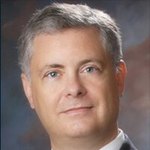 Andrew Segal is a former prosecutor who now represents the accused as a criminal defense attorney in Huntsville, Alabama area courts. Andrew graduated cum laude from Bowdoin College in Brunswick, Maine, in 1982. During his time at Washington College of Law at American University, he discovered his passion for criminal law. After graduating in 1988, he became an Assistant Attorney General for Alabama, and, in 1991, an Assistant District Attorney in Madison County. In both positions, he prosecuted charges against the accused in criminal courts. In 1996, Andrew began a private practice as a criminal defense attorney. He now uses the knowledge and understanding he gained as a prosecutor to advocate for the rights of the accused. Andrew understands the mind of prosecutor, and he knows their tactics. He uses this knowledge to be an effective, skilled representative for those accused of crimes. Andrew has appeared on a local television show called Law Line as an expert, and teaches legal education for continuing education programs.

Admitted to Practice in: